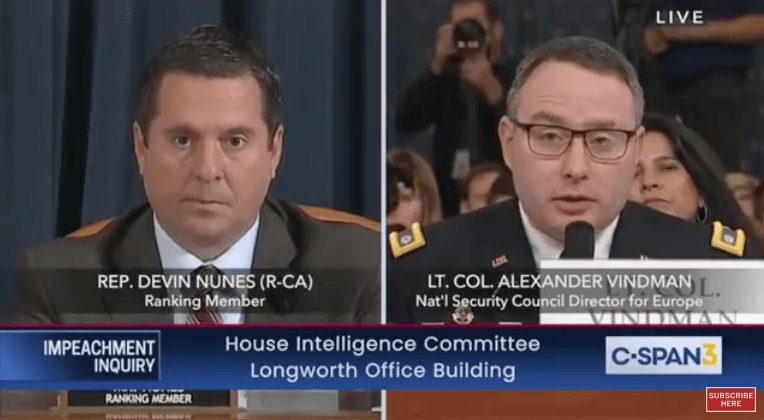 The FBI reached out last month to the CIA analyst who filed a whistleblower complaint against President Trump, according to reports.

Yahoo! News reports that an FBI agent from the Washington, D.C. field office contacted the whistleblower’s lawyers, seeking an interview.

An interview has not been scheduled, and it is unclear whether the whistleblower will agree to a meeting, according to Yahoo!

CNN also reported that the FBI reached out to the whistleblower, who filed a complaint against Trump on Aug. 12 that raised concerns about a July 25 phone call that Trump had with Ukrainian President Volodymyr Zelensky.

The whistleblower was not on the call, but relayed concerns from White House officials who were.

On Tuesday, Rep. Adam Schiff shut down Republicans when they asked Lt. Col. Alexander Vindman, a National Security Council official, about an intelligence officer he said he spoke with on July 26, a day after Trump’s call with Zelensky.

“Lieutenant Colonel Vindman, did you discuss the July 25th phone call with anyone outside the White House on July 25th or the 26th and if so with whom?” Nunes asked Vindman, who was one of a handful of officials who listened in on the Trump-Zelensky call.

“Yes. I did,” said Vindman, who went on to say that he spoke to two U.S. government officials about the call.

Schiff interrupted Nunes when he asked what agencies the officials were with.

When Nunes protested, Schiff responded that “we need to protect the whistleblower.”