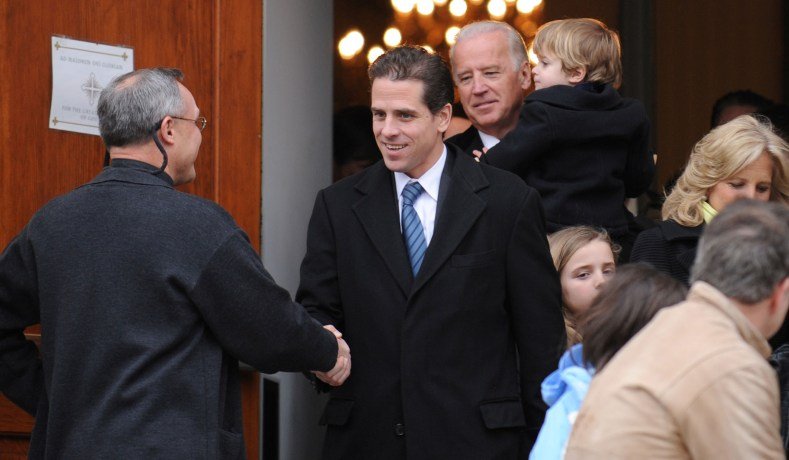 A Democratic Senator is calling for investigations into why various agencies in the Trump administration are cooperating with congressional probes of Hunter Biden’s work for Burisma Holdings, a Ukrainian energy firm.

Connecticut Sen. Chris Murphy sent a letter to four inspectors general on Wednesday asking them to investigate whether the agencies they oversee have applied a “double standard” regarding requests for information about President Trump and Biden, the son of the former vice president.

Murphy said he is “deeply concerned” that the agencies — the Departments of State, Treasury and Homeland Security, as well as the National Archives and Records Administration —  “may not be applying a consistent test regarding inquiries made by Congress.”

He said the agencies are complying with congressional requests “that are designed to damage the president’s political opponents” while “refusing to comply with requests into the activities of the president.”

Murphy suggested that the agencies could be acting as “agents of the president’s political campaign,” which the Democrat said would be a violation of federal law.

Republican Senators have obtained or requested documents related to Biden’s work for Burisma. In April 2014, Biden joined the firm as a director, just as his father took over as the Obama administration’s chief liaison to Ukraine.

Burisma and its owner have been dogged for years by allegations of corruption. The Bidens’ critics, led by top Trump allies, have alleged that Hunter Biden was handpicked by Burisma to help quash corruption probes.

The Bidens have denied wrongdoing.

Sens. Ron Johnson and Chuck Grassley, the chairmen of the Senate Homeland Security and Senate Finance Committees, respectively, have recently requested documents related to a consulting firm, Blue Star Strategies, with ties to Hunter Biden and Burisma. Blue Star’s founders had contact with State Department officials in 2016 regarding Burisma, according to government emails.

Johnson told reporters last Wednesday that his committee will release an interim report within a month or two regarding Biden, Burisma, and other Ukraine-related matters.